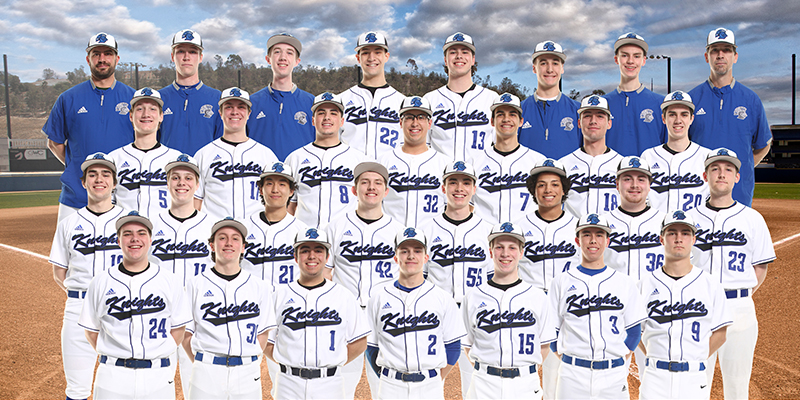 Session 5: August 8 - August 12
Find out more at our camp website or c

O'Connell hosts Benedictine in first round of Virginia Independent State Tournament
Posted May 15, 2016

Knights Advance to Semifinals of VISAA State Tournament
Posted May 13, 2015

Player of the Year: Rafi Vazquez

Bishop O’Connell High School has an outstanding baseball tradition. We are known by both players and competitors for our disciplined approach and insistence on maintaining respect for the game no matter what the situation is and whether or not anyone is watching- we always strive to do things the right way.

Our players will again be tested in one of the most competitive high school baseball conferences in the country, the Washington Catholic Athletic Conference. On behalf of present and former players, we thank you for your continued support of Bishop O’Connell Knights Baseball and we look forward to seeing you at Jacobs Field at Burch Stadium.

Coach Kyle Padgett is in his fifth year as head baseball coach at Bishop O'Connell High School. He has coached at three Division 1 baseball schools prior to taking over at O’Connell (Duke, William & Mary, and Wake Forest). Prior to beginning his coaching career, he was a standout at William & Mary and a 2005 MLB draft selection. With William & Mary in 2008, Padgett coached an offensive unit that ranked third in the NCAA with a .343 batting average. That group also stole 101 bases and hit 75 home runs while posting a 36-21 overall record.

Coach Padgett has mentored 42 players who have gone on to play professional baseball and one Major League player (Justin Grimm - Texas Rangers), including 13 top-10 round draft picks, and 1 first-round pick (Marcus Stroman, 2012, Toronto Blue Jays). Kyle was a four-year letter winner at William & Mary from 2002-05. He hit .311 as a senior with nine home runs, 15 doubles and a .408 on base percentage and was drafted in the 18th round of the 2005 MLB Draft by the Florida Marlins. Coach Padgett reached High-A with the Marlins in 2006 before beginning his collegiate coaching career in his first stint with William & Mary in 2008.