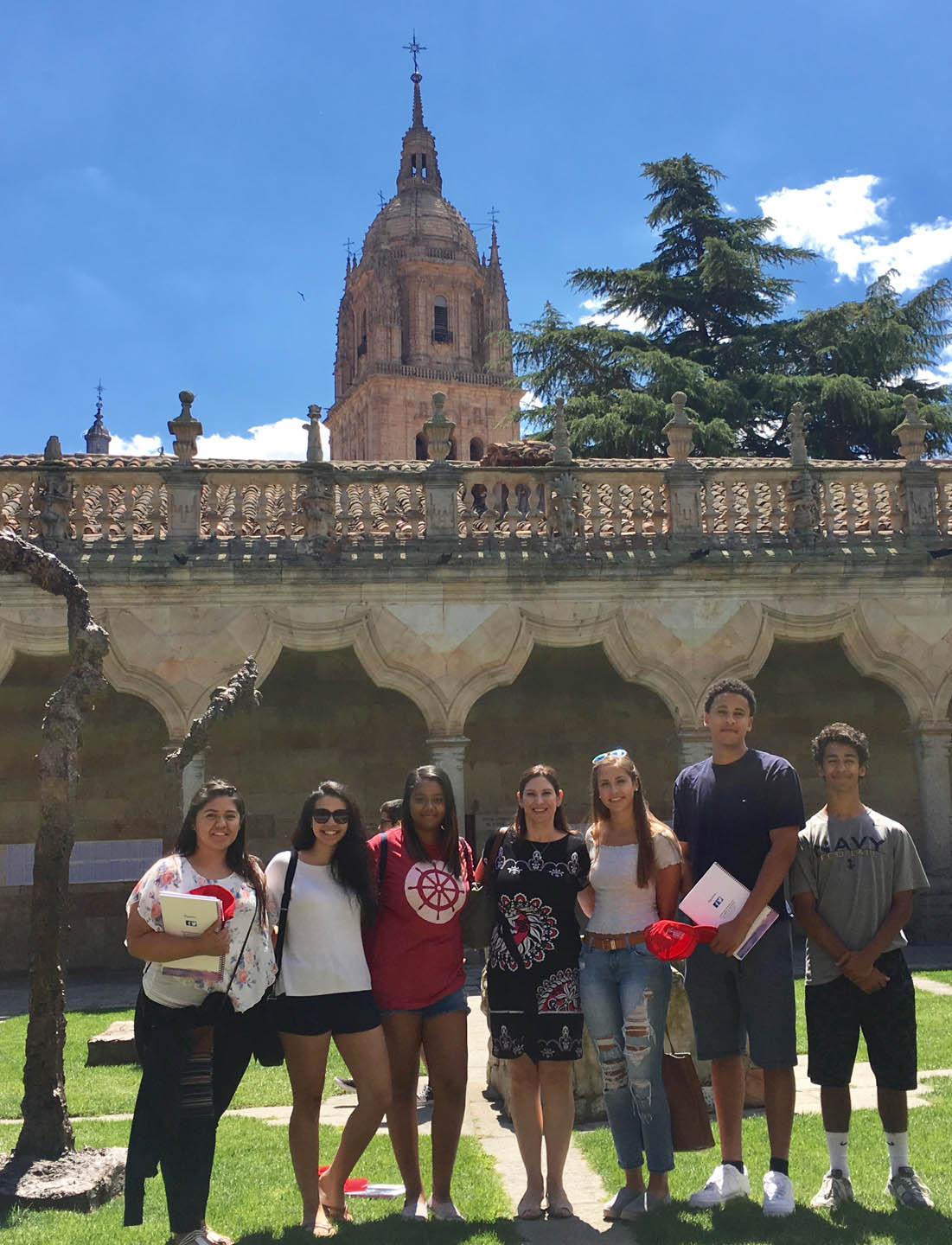 Six O'Connell students traveled this summer with Spanish teacher, Faryde Yanine, to the University of Salamanca in Spain for a two-week study abroad program. The students began their experience with an initial test to be placed in appropriate levels for their immersive study program in the language, literature, culture, business and much more.

The study abroad program immersed the students with rigorous academics in the mornings and excursions in the afternoons. With guided tours by the university's own professors, they visited the important sites, including churches, palaces, museums, libraries and convents in Salamanca, Madrid, Toledo, and Segovia. While in Madrid students toured the famous El Prado Museum to see masterpieces from Velazquez, Goya and el Greco. At the Reina Sofia museum, they saw the famous painting of Picasso "El Guernica." Other highlights included walks to the Plaza Mayor to enjoy the local food and the monuments in the streets, and a flamenco show in Salamanca.

The University of Salamanca is one of the oldest universities in the world. Built in 1218, the university will mark its 800th anniversary next year. Yanine, who received her master's degree in literature in 2014, is invited to return next year for this landmark celebration.

"I am so proud of these students," said Yanine. "They took full advantage of every experience during this very special program. Their hard work and their enthusiasm payed off earned them two college credits and a once-in-a-lifetime memories."

Photos - (Above) The O'Connell group on the main campus of the University of Salamanca; (Below) The Plaza Mayor at night. 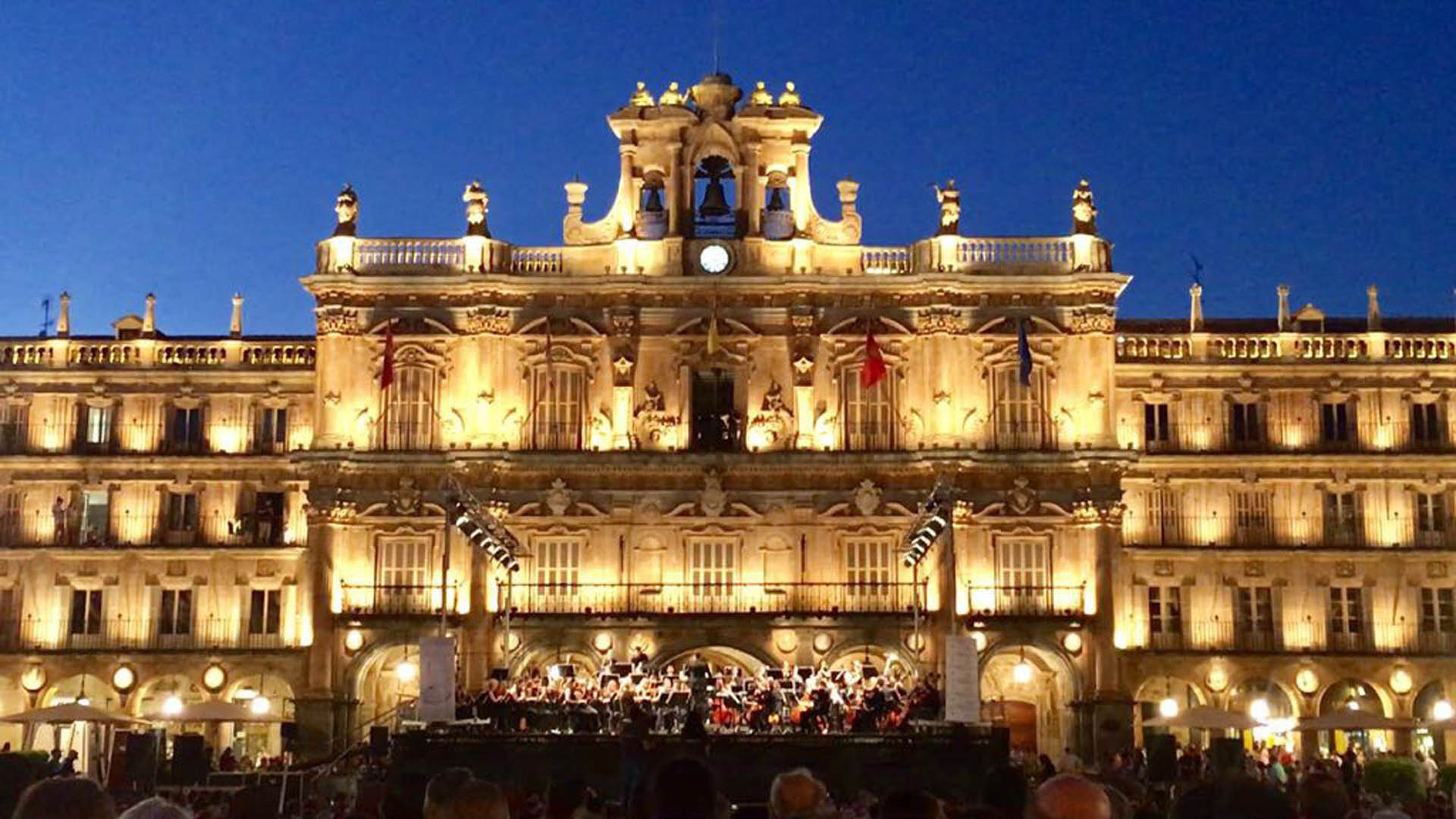