Just before the pandemic closed school buildings throughout Virginia, a group of four students at Bishop O'Connell High School in Arlington, raised their hands when engineering teacher, Mrs. Melissa Pore asked if any students were interested in forming a team to compete in a Texas Instruments-NASA student contest called TI CODE 2020. The team's task would be to propose a way to automate or optimize a process or product for living and working on the International Space Station (ISS), and use coding and Texas Instruments (TI) technology to design and build a model of the solution.

"I found myself with a little more time to work on something like this while in quarantine," said senior Mira Rizk, who was taking her first leap into the Engineering Club. "My interests have always been in the medical field, but the idea of working on a real-life project that affects humans in space seemed right up my alley."

The first step in the process was to brainstormed a variety of ideas. "As we began to research potential issues we could help solve, we found that sleep in space is really difficult," said junior Alex Janninck.

They found NASA research on the subject of sleep, and reviewed the recording of the conversation they had at the school 18 months earlier with astronaut Serena Auñón-Chancellor via an amateur radio link with the ISS (ARISS). In her interview, she mentioned that she found it comfortable to have pressure on her face from a pillow while sleeping because she was so accustomed to it on Earth.

So the "Space Pillowneers" were born. That's the name the four students gave themselves as they entered the contest by writing a 1,000 character concept paper for a Microgravity Sleep Assist System (MSAS), aimed at boosting astronaut productivity and increase comfort and health. This "space pillow" was designed to give astronauts the feel of a pillow, with integrated noise-canceling technology, as well as a built-in carbon dioxide senor and quiet fan.

For senior Will Rimicci this project represented a logical next step for him in the Engineering Club. Will has been involved in engineering projects since he was a student of Mrs. Pore at St. Thomas More Cathedral School, and he embraced this opportunity to design and build something from scratch. "I want to be an engineer one day, and I saw this as a way to get a feel for what my job might be in the future," he said.

When senior teammate Thomas Leggett was asked why he would be interested in a project involving space, he said, "Space fascinates me because of its great size and its many secrets. I hope that uncovering these secrets will lead us to a greater understanding of the universe and our place in it."

Just as classes were winding down for school year, the team was notified that their concept was one of 75 teams chosen to continue on to the second round. In this round, they were asked to submit their project design schematic/diagram. The group video conferenced at least twice a week, if not more, to work through the design process.

"Everyone in the group brought their own talents to the 'Space Pillowneers,'" said Mrs. Pore. They are in agreement that Alex was the electronics expert, Mira was focused on the materials and design, Will and Thomas excelled at coding.

Their design/schematic was submitted, and the team was notified in late July that their concept was selected as one of the top 25 projects! This was the round they had been waiting for—a chance to bring their idea to life. As a part of their third-round notification designation, they received a kit of TI technology for their project, plus a $50 gift card for materials.

The team agreed that one of the most exciting aspect of getting to this round was the awarded consultation time with NASA and TI experts. In early August, the team had a video conference with engineers and system designers from both organization, who engaged them in extremely detailed and useful discussions about their technical solution.

"I couldn't believe these engineers and system design specialists were actually looking at our design and working through some of the technical details with us," said Will. "It was such a huge honor."

Building their prototype took up a lot of their free time. "We learned how important iterations and testing can be," said Alex. "There were many, many iterations before we reached our final prototype."

The team is looking forward to upcoming Engineering Club projects, including a Thin-Sat satellite launch coming this fall. For this group of students, this is just the beginning.

View their team video HERE or the link below: 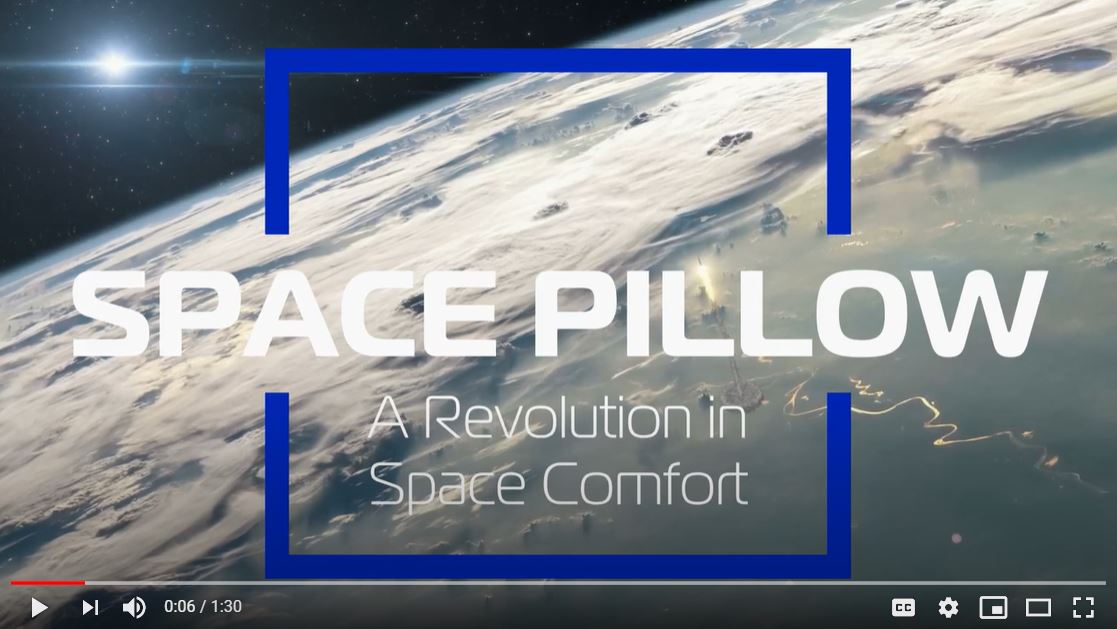