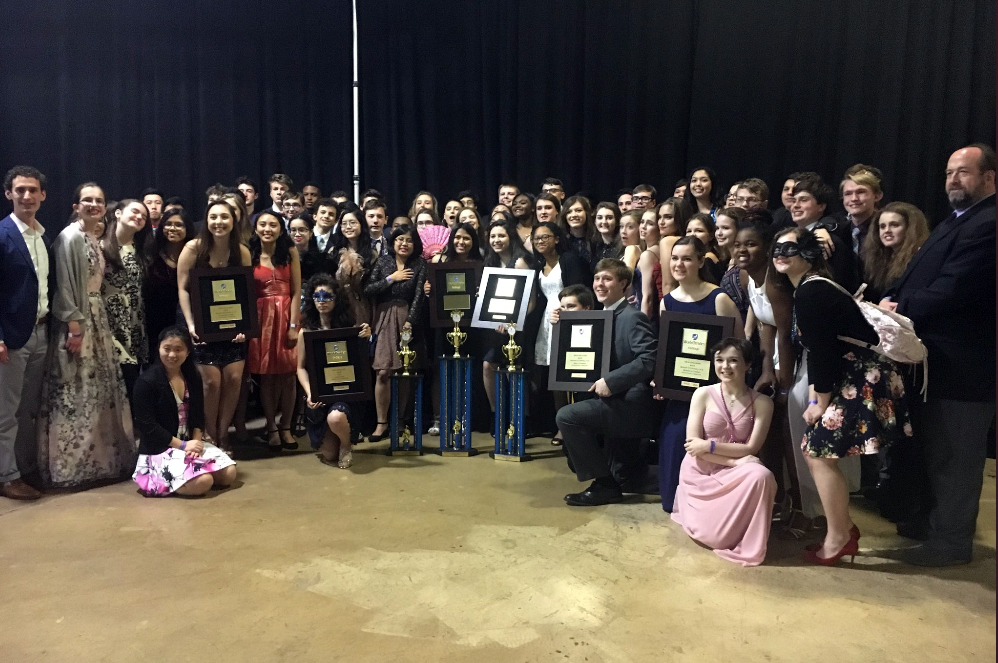 Congratulations to the Bishop O'Connell music program who earned the top award at the Worldstrides New Orleans Heritage Festival music competition over the weekend.

Their journey began on March 22, when 76 O'Connell students, 22 adult chaperones and one school chaplain headed to New Orleans. First on their jam-packed agenda was a lesson in Cajun cooking and the rich history of New Orleans. Friday morning students enjoyed beignets and coffee at the famous Cafe Du Monde followed by a private performance at Preservation Hall featuring some of the best Jazz music around. As a special treat, several members of the O'Connell contingent were able to join the Preservation Hall Jazz Band onstage. Ava Coffin sang "All of Me" and Audrey Somerville sang "At Last."  Band director, Mr. Ron Isaacson, also sat in on Trombone, playing "In a Mellow Tone" and 'jamming' on "Eb Twelve-Bar Blues."

Saturday morning the choirs, bands, and orchestra headed to their music competitions. Each group performed on stage for a panel of collegiate judges and received written critiques as well as an on-stage clinic with one of the adjudicators.

Later that evening all of the schools from around the country gathered for a Masquerade ball where the results of the festival were announced. Each group was given a rating based on the score they received for various music performance elements. 65-79 Good "Bronze," 80-89 Excellent "Silver," and 90 – 100 Superior "Gold."

As the icing on the cake, the O'Connell music program (instrumental and choral combined) won the Grand Sweepstakes Award for the best music program at the festival, having earned the most 1st and 2nd place awards with the highest number of points (over 300). Due to their high level of performance excellence, all three choirs and the orchestra were invited to participate at Carnegie Hall next year.  Student Andrew Oliveros was recognized for student leadership.

The trip closed Sunday with a celebration of Palm Sunday at Ignatius Chapel at Loyola University where our choir students sang with the chapel choir. The afternoon was spent at the Audubon Zoo, before catching a flight back home.

"We are extremely proud of all of our students and the hard work they put into this festival," said choral director, Mr. Peter Kadeli. "Their success demonstrates the strength and high standard of excellence of our music program."

"This group of students represented O'Connell so well, both on and off stage," added Mr. Isaacson.

The music program is very grateful for Mr. Tim Coffin, Mrs. Laura Ryan, and the Fine Arts Booster for all of the hard work they put into planning this trip, and to the parents and staff members who helped chaperone the trip.