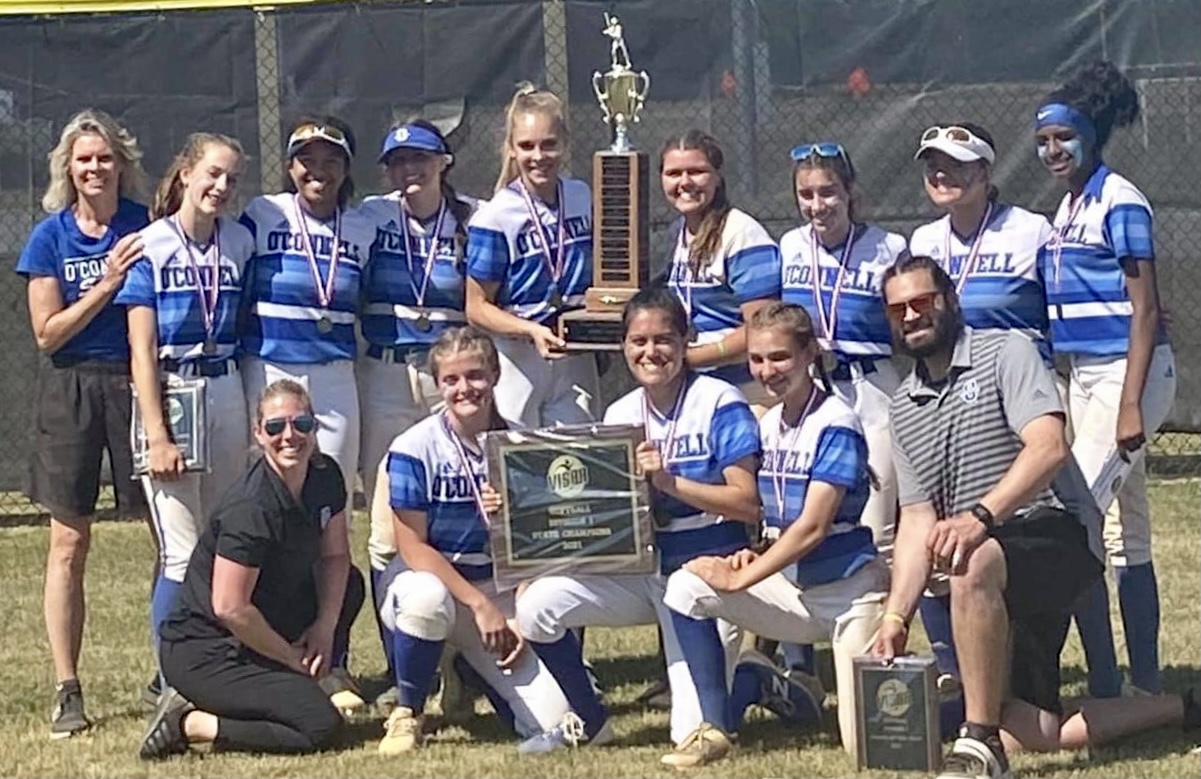 The Bishop O'Connell softball team captured their ninth straight VISAA Division I title on Friday, May 21, outlasting the veteran Potomac School in extra innings, 4-2. It was a rematch of the 2019 match up that O'Connell won 9-3, and the 25th state championship for the Knights since the tournament began in 1993.

"The battery of Kutz and Gayle owned not only the entire tournament but also the season," said head coach Suzy Willemssen. "It was a tremendous team effort. Senior Alissa Bursey brought incredible leadership and energy while junior Eleni Katsapis created mayhem on the base paths. Tate, along with juniors Sasa Groome and Grace Hussey patrolled the outfield and came through with some critical at bats, while freshmen Sophia Taliaferro and Sofia Anderson had key hits and defensive infield plays."

The Knights wrapped up their season with a 10-0 record, outscoring their opponents 132-5. O'Connell's team batting average was .457, led by Rollins, Groome and Taliaferro.

Congratulations to Kutz, Gayle and Taliaferro, who earned First Team All-State honors, and Tate and Rollins, who were named to the Second Team. O'Connell's coaching staff also earned recognition at the state tournament and was named "VISAA Coaching Staff of the Year."

"We witnessed tremendous growth in this young team," said Coach Willemssen. "I am in awe of this tribe of selfless competitors, who fought for each other throughout the season."

Read more from the Sun Gazette...