On November 11, the Bishop O'Connell girls soccer team won the finals of the Northern Virginia tournament, beating Potomac School, 4-2, on penalty kicks after a 0-0 scoreline during regulation. In this, their first-ever appearance in a state championship game, the Knights fought hard and overtime was back and forth. Thanks to a strong defense and goalkeeping, the team was able to preserve the shutout.

The Northern Virginia Independent Schools (NVIS) tournament was established four years ago as a post season state playoff for schools whose girls soccer teams play in the fall season. In the southern areas of Virginia, many girls teams play in the spring. To prepare for the tourney, the Knights added additional independent teams to their regular season schedule.

"This was a true team effort," said head coach, Alberto Starace. "I'm so glad they were able to take home this win. Last year's team went 6-0-1, but because of COVID there was no post-season tournament."

The Knights finished with a record of 10-3-2, dropping the WCAC semifinal game, 1-2, to eventual champions St. John's, before earning an NVIS championship.

Congratulations to the following student-athletes who earned post-season recognition: 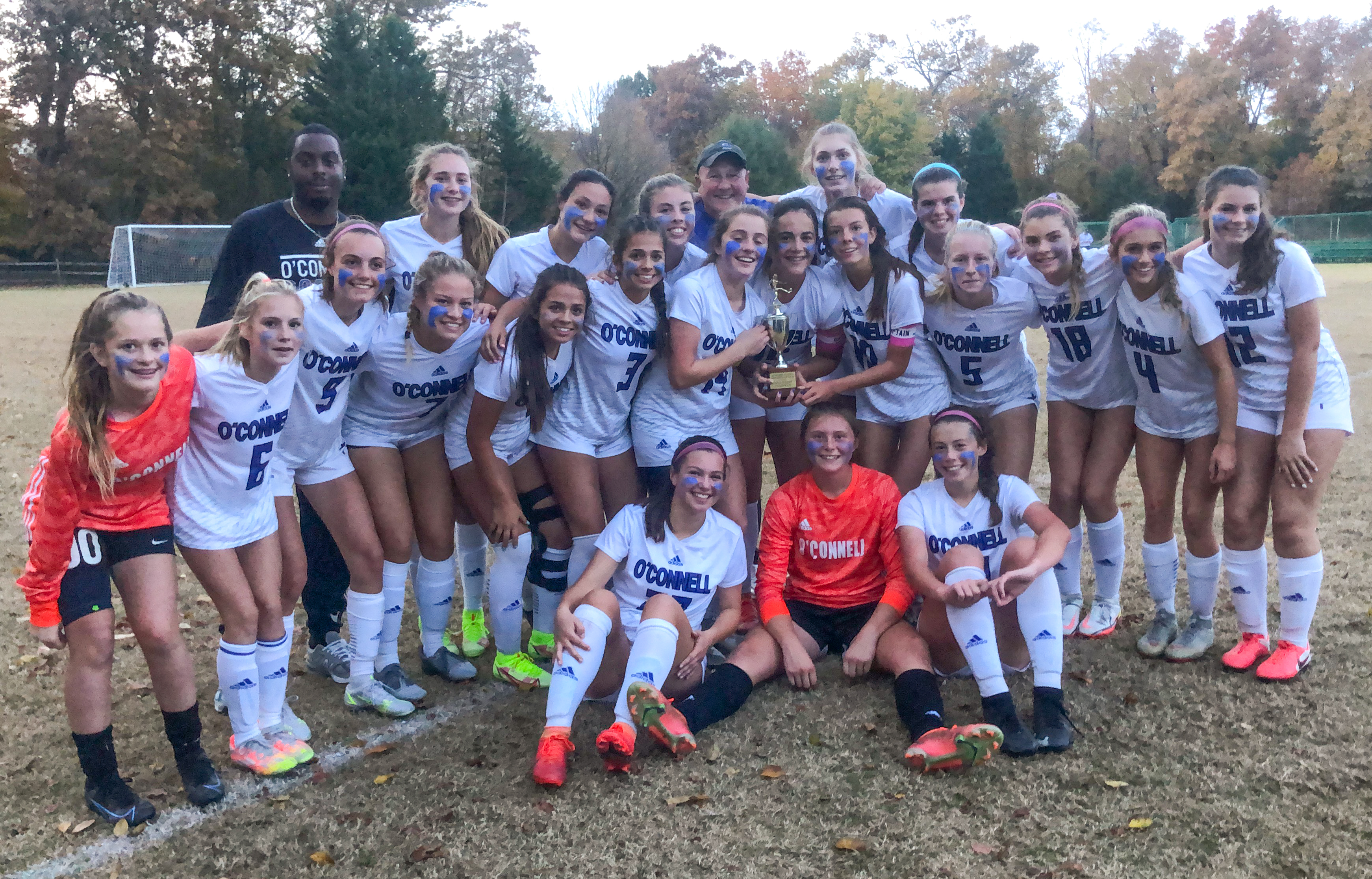