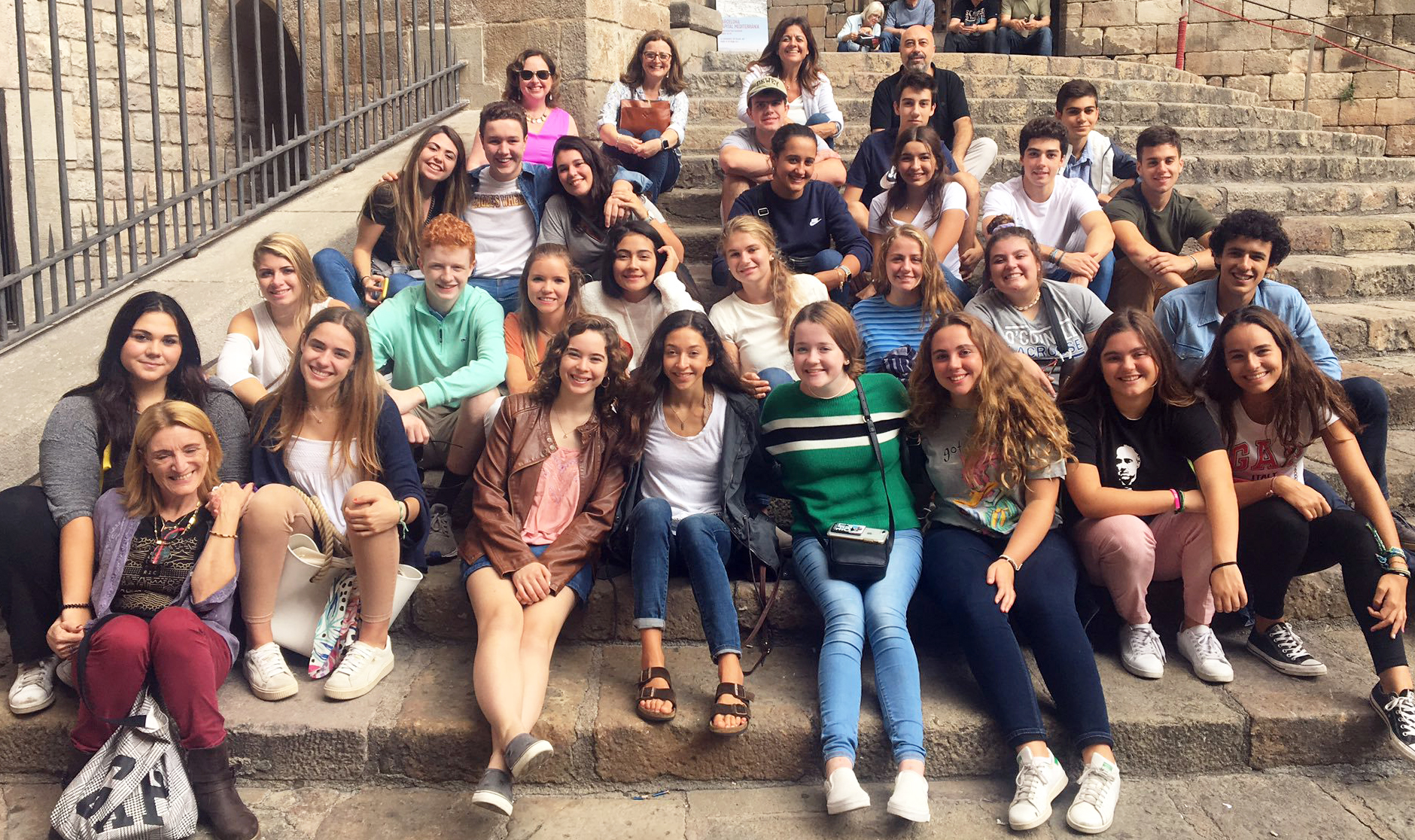 For more than a decade, students at Bishop O'Connell High School have been participating in a week-long exchange program with their counterparts across the ocean. For many years, it was a back and forth exchange with students in France—one year O'Connell hosts, and then the next year they travel. But over the past five years the program has expanded to include a sister school in Spain as well. So in the middle of October, 30 students from O'Connell boarded a plane together at Dulles Airport, bound for Paris. In Paris, half the group headed to the town of Reims—just over an hour and a half drive east of the city—while the rest of the group boarded a connecting flight to Barcelona.

Students are paired up with their peers, where they enjoy going to class, sightseeing and spending leisure time with their families and friends. In Reims, O'Connell students (pictured below) and teachers have built strong relationships with their counterparts at Lycée Privé Jean XXIII, a Catholic school with more than 600 students. Time with the host families over the weekend included trips to Paris or Belgium, as well as opportunities to participate in "normal" weekend activities for teenagers in France. The teachers were also invited to a dinner party hosted by Jean XXIII faculty members, and including representatives from the Arlington-Reims Sister City Committee. The rest of the week included classroom time, as well as local history tours, a Mass at the Basilica in Reims, and a visit with to the mayor's office.

In Barcelona, Bishop O'Connell students (pictured above) paired up with their host from Colegio SIL (San Ignacio de Loyola). During the course of the week, the group toured the city, visiting the 800-year-old Santa Maria del Mar church, as well as markets, the beach and the Olympic Village. They attended biology, Spanish and Latin classes at SIL and were able to sit in on a journalism class and take a tour with students at Abat Oliba University.

"My week in Spain was one of the best weeks of my life," said seni 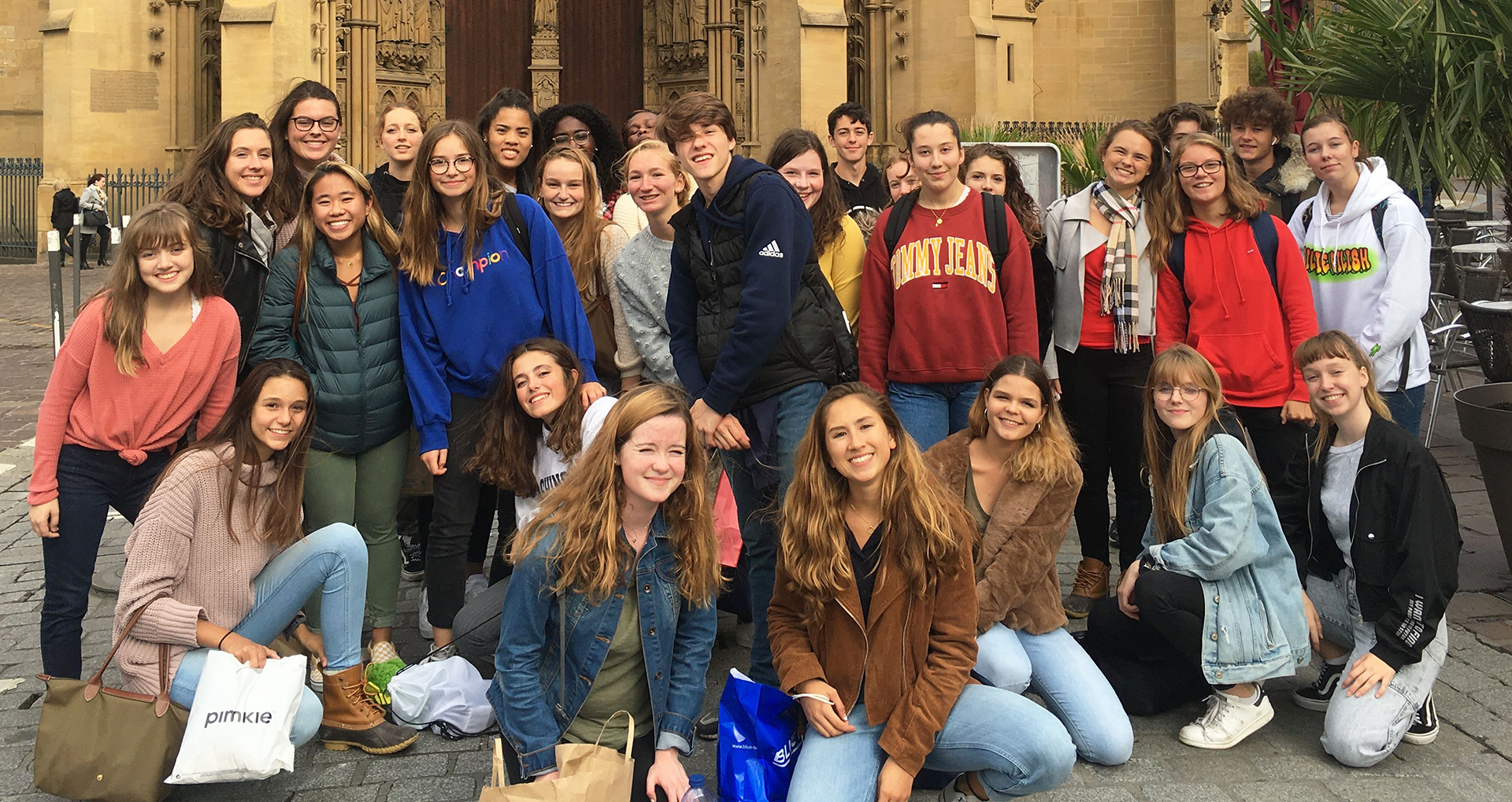 or Natalie Archer. "I made a lifelong friend and learned more Spanish than I thought I was capable of. After the first day, I began to think in Spanish!"

O'Connell junior A.J. Haines added "I was amazed at how quickly I was able to understand normal conversations." He is now looking forward to opening his home to his host next year.

"I am so pleased with the great tradition of this exchange program, and happy to say that we are expanding its scope one more time." said Mrs. Cunningham, O'Connell's World Language Department Chair and Latin teacher. "Beginning in 2020, we will open this up to our Latin students, who will focus on the study of Roman France as seen through the ancient city of Durocororum (modern day Reims)."